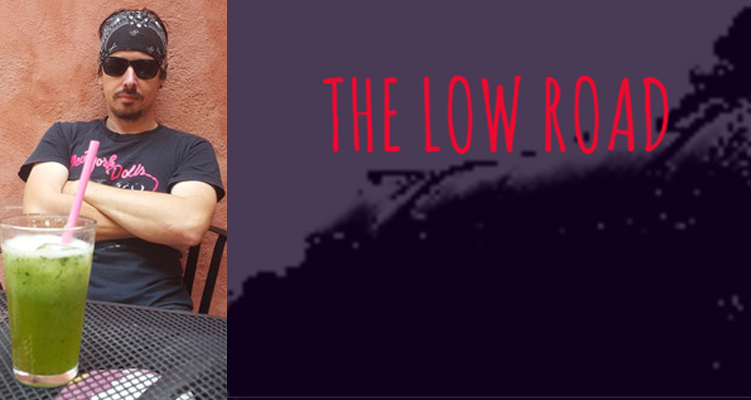 Benjamin Munday is the owner of The Low Road, www.thelowroad.net, which focuses on unique, gritty and raw articles based around travel, music, activism, street life, addiction, harm reduction, and even spirituality. He has seven writers writing for the site and is always looking for more!

Ben runs a weekly podcast on his site, and of course through iTunes, which plays mostly music that is a little bit different, less often heard, or just plain weird. That’s out every Thursday.

He is currently writing an 8-novel series, the first of which will be out in early 2019. He categorises  it under; political thriller, action, adventure.

Ben is a blogger, film maker, photographer, activist, musician (although that part of his life doesn’t seem to be happening lately due to lack of time!) and a bit of a gypsy traveler. He is  starting a multi media company (not up and running yet) which will create and promote documentaries, podcasts, novels… all sorts of stuff! Mostly, it will be a book publishing company focused solely on helping to finance and promote indy writers who are struggling to be seen or heard.

A big part of who he is, which he doesn’t run from, is that he struggled with a heroin addiction for close to 20 years. It’s all good now! Ben writes about it a bit on his site  because obviously it has shaped who he is today.

Benjamin Munday is an Aussie (from Melbourne) who is currently living in San Miguel de Allende, Mexico.

Please go to www.thelowroad.net and check out Benjamin Munday and his crew and the excellent work they are doing.