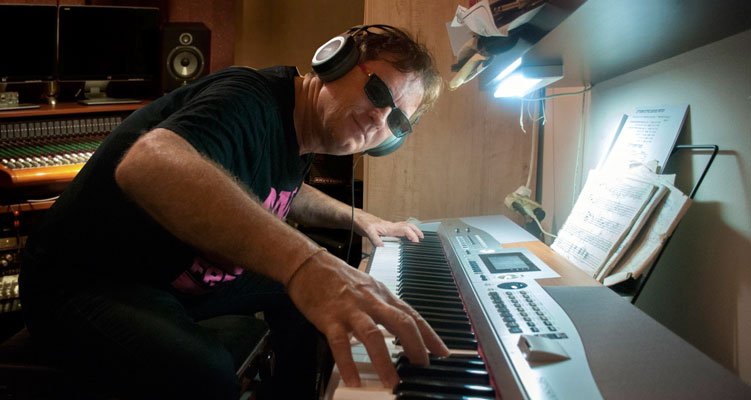 Born, raised, abused and misused in poverty whilst surrounded by the affluent, Paul has always seemed to be the one on the outside looking in – “I stopped asking why and I learnt that it’s just the way it goes.”

Growing up in the hope filled ‘Love is all there is’ drug induced stupor of the 60’s that promised so much but in the end delivered nothing but pain and broken glass – “The only good to come out of those times was the music” (‘I’m so glad those crazy days didn’t last’ as Paul writes in his song ‘Camden Town Blues‘). Paul soaked up the sounds and words of the songs he heard all around him like a sponge. He first discovered the music of the late Buddy Holly, progressing to The Beatles, later to find Bob Dylan – “Dylan was like the father I never had, he taught me so much and still is.”

Later, through Dylan’s works he would find the new worlds of the great poets and the Bible as well as the old folk and gospel songs that were the cornerstones upon which Rock and Roll was born and flourished – on modern day music Paul says – “If a composer or lyricist today has no knowledge of and doesn’t draw upon tradition then he ain’t worth the pen he writes with, nor is his music.”

Outside of Paul’s back window was the world’s busiest train junction, at the front was one of the main highways out of north London. Down the road was the Regents Canal winding it’s way from the River Thames west across the English countryside “All those people constantly on the move going somewhere or other just made me feel like hanging on to that solid ground I was on” and it wasn’t till he was 21 that he decided it was time to let go and move on – “Well, to tell you the truth, I had just about had enough of the same repetitive routine and loneliness and emptiness day after day” – Paul sums up his teens in his ‘The Grils’ song ‘The Darkest Days’ – “Yeah, I lied in the arms of Mary/for a while I followed the Son/I believed in Santa Claus and Fairies/until the darkness won.” Paul spread his wings to reach the Promised Land – “I knew nothing about this place, only I remember hearing about a couple of big wars where they had survived against all odds, I guess winning when they were the underdog kind of appealed to me.”

Earlier, while working in his teens selling hot dogs outside the famous Roundhouse concert & theater venue, Paul had met and spoken with the legendary Andy Warhol.

Whilst serving as a volunteer on a northern kibbutz Paul met his wife to be who was serving as a soldier protecting the kibbutz from attack. After they’d married Paul returned with his bride to London where Paul fulfilled his life-times ambition and joined the London police – “I grew up surrounded by police. The flats next to our house were occupied by police families and I played with many of their children.” 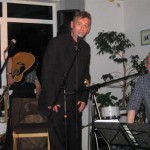 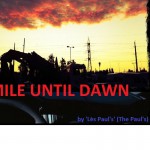 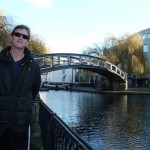 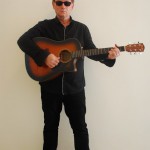 Paul proved to be an outstanding police officer gaining awards for bravery for disarming a man brandishing a loaded gun, for professionalism in achieving a record number of arrests in one year and also for his suggestions on how to improve the police service – “Yeah, I worked hard and achieved good results but I was becoming more and more resented and shunned by my fellow officers who seemed to want an easy life and were just looking forward to their pensions.”

Paul was subjected to a sustained campaign of abuse from his colleagues, the very ones who were supposed to uphold not break the law. The abuse grew in its severity and frequency whilst senior officers did nothing to stop it until Paul could take no more “One day I decided that enough was enough” and he initiated proceedings to take the Metropolitan Police Force to court for their racial abuse of him, no small task one would say!

“It took 3 years for the case to come to court. Whenever there were dates for the court hearing to be heard they would ask for a postponement as well as try other things too. It went on and on like this and was all designed to try to break my resolve, but although they came close to breaking me in the end I stood up to them and beat them and showed them for what they really were.” 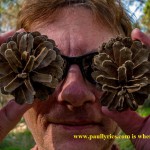 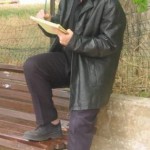 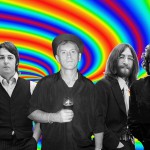 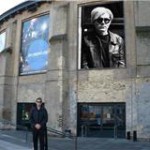 It was during the 3 years of waiting for his court case to be heard that Paul started to write song lyrics. “I had written poetry in my teens, in fact I used to give folders of my poems to those girlfriends I had on the kibbutz.” In 1996 Paul had made contact with a German composer Stefan Pauleit in Kiel who was looking for a lyricist and together they formed a song collaboration they called The Grils.

After Paul had started his My Space sites he was approached by many more composers looking for good song lyrics and the result has been many great songs and albums produced from Paul’s lyrics.

Paul has risen above all the adversity he has faced – “What doesn’t kill you makes you stronger,” although his lingering heartache remains the abuse his daughter suffered as a 6 year old when she was sexually abused by a neighbour while living in England. His daughter only started to recall what she had suffered upon entering her teens and while living in Israel which caused her to twice attempt suicide and led her to suffer from the eating disorder bulimia for which she was locked away in a secure eating disorder unit for one solid year. They made an official complaint to the police and were forced to rely on the police’s investigations which resulted in Paul and his daughter flying to London in January 2008 to try to identify her abuser from police photo’s – “How could someone who was 6 years old at the time be expected to pick out a photo of her abuser when the photo wasn’t of him from then but was a recent photo, it just didn’t make sense and lo and behold she didn’t pick him out and subsequently they didn’t proceed with the case and he got off scot-free!” 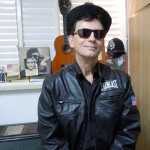 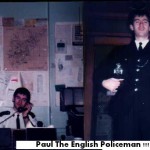 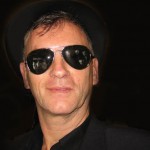 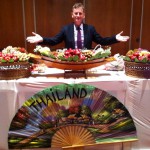 Paul’s Blues song called ‘You Hurt My Baby’ with lyrics by Paul and music by Beige Fish was written for his daughter – watch the video at http://www.youtube.com/watch?v=5lzv9M4gnfA.

Paul, whose mother lives in Swiss Cottage in north London, now works at the visa section at the Royal Thai Embassy near Tel-Aviv – “Funnily enough my most creative time for writing seems to be on the bus on the way to work in the mornings!” Paul is happy to collaborate with any proficient composer or singer/songwriter willing to put his words to any style of music with the aim of releasing the songs on an album or as downloads so that both parties benefit equally.

Paul, as always, looks to the future with hope and great expectations – ‘The best is always yet to come” and for sure he still has many great song lyrics in him waiting to be revealed when the time is deemed to be right – “It’s all about timing, everything that happens has to do with timing…………!”

Paul’s current active project is working with ex-Londoner Paul Odiase in a project called ‘Les Paul’s’ (The Paul’s) (http://www.paullyrics.com/les-pauls-the-pauls-official-homepage &https://www.facebook.com/PaulonPaul) and we have just released our 8th album called ‘A Mile Until Dawn’ that you can hear at https://soundcloud.com/paulrthomas/sets/a-mile-until-dawn & athttp://www.paullyrics.com/album/a-mile-until-dawn.