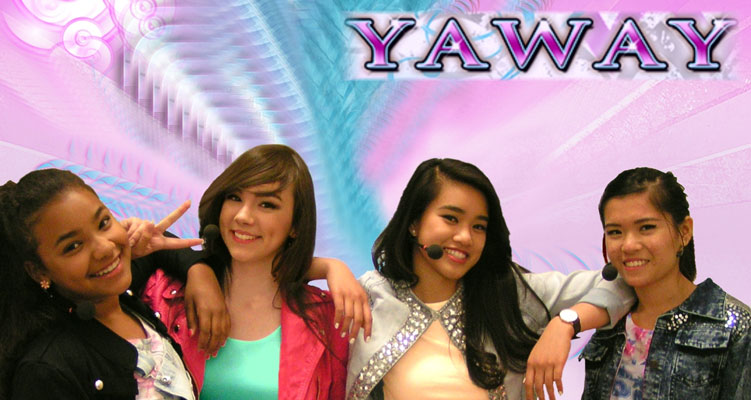 I have a treat for all you pop fans out there. I came across this all girl Euro Pop group on Reverbnation. Introducing YAWAY!

YAWAY is a multicultural four-piece girl group from Berlin, Germany. The band consists of members Nathalie, Bibiana, Hanny and Van.

The band was formed in May 2008 by Nathalie at the age of 8 because of the fun of singing and dancing. The then band members were friends of Nathalie, which shared her musically enthusiasm.

In 2009 the band had their first live performance with the cover song I’ll fly away by Banaroo at a school event.

On the sad occasion of death of the King of Pop Michael Jackson in 2009 the girl group recorded a tribute-video of the song Heal the World. YAWAY performed with a temporary choir, which consisted of the classmates and friends of the four band members.

“We did a cover because he was one of the best singers and one of the most inspirational musicians in our world. ‘Heal the world’ was one of his favourite songs and shortly after his death we covered this song to do a tribute to his musical achievement and to him as a person. We also loved the message of the song, which is to make the world a better place, caring for people, helping the poor and feeding the hungry. It’s about world peace and just as the song says ‘Heal the World’ and that is a message which we want to represent. Also we want everybody to live free and equal, no matter what their religion, skin colour or social background. We stand for stopping wars, discrimination and the hunger all over the world. Just to make the world a better place.“

Since then YAWAY engages for aid organizations and children in need. That’s why they performed inter alia at children’s funds like UNICEF. Due to their commitment and dedication the girl group was appointed as Ambassadors against children’s poverty in 2009.

Thereupon, the girl band performed at known German radio stations like Radio Teddy and as the opening act for the German girl band Queensberry. 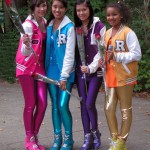 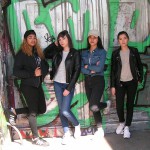 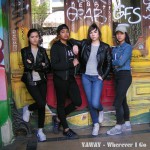 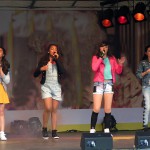 In autumn 2010 Bibiana became a band member of YAWAY. Nathalie and Bibiana knew each other since their early childhood. In January 2011 the girl group released their debut EP Be Yourself, which consists of the cover songs I’ll fly away, Heal the world and their first original song Wo soll ich nur hin.

In February 2012 the girl group performed at well-known German radio stations, i.a. 94.3 RS2, as well as on foreign radio stations like the Doug & Judy Show in Long Beach California. At this time the band members were 9 -11 years old.

After line-up changes in 2013 Nathalie met Hanny and Van in school and became friends with them. They shared the same interest in singing and became the band members of present YAWAY. In the same year the four-piece girl group released their single Turn up the Music.

Their third single Beautiful was released in 2015.

The members of YAWAY about the message:

“The song is about a girl who has a very low self-esteem and barely has any self confidence. She always sees herself as not pretty enough and compares herself to other girls in the media.
One day she meets a boy who loves everything about her. He can’t understand her self doubts because he thinks that she is special and beautiful in her own way and that she doesn’t need to compare herself to other girls. He tells her that she is perfect the way she is and that she is beautiful inside and out.

The message of the song is that everyone is beautiful in their own way. Also we want everyone to know that beauty doesn’t depend on the way somebody looks and that it can’t be defined by age, gender, color, body shape or size. The real Beauty is about the things that the eye can’t see.” 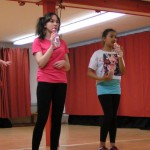 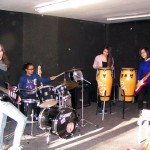 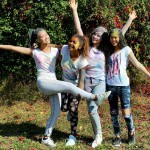 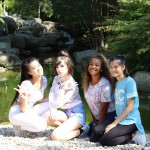 In 2016 the girl group released their fourth single Wherever I Go, which is the English translation of their first song Wo soll ich nur hin. The girls wrote this song in two languages because it has a special meaning to them and they want everyone to understand it properly.

“Nowadays there are many kids who are alone. We also had a friend who had that problem, she always used to be alone, her parents didn’t care about her and she never knew where she should go.

That’s the reason why we wrote the song Wherever I Go. The song describes the life of a person who constantly isn’t wanted, who feels like she doesn’t fit into society. The girl in the song wants to run away from home and from her life because she can’t stand the pain of being alone anymore. Nevertheless she has a few friends that help her get through it and show her that they care for her, that she is not alone. So with this song we want to say that no matter what you’ve been through and how unwanted you may feel, you will get through it, it will get better and you are never as alone as you feel.”

YAWAY is currently working on their first debut album and their first music video to their new song Reflection, which is approximately coming out in spring 2017.