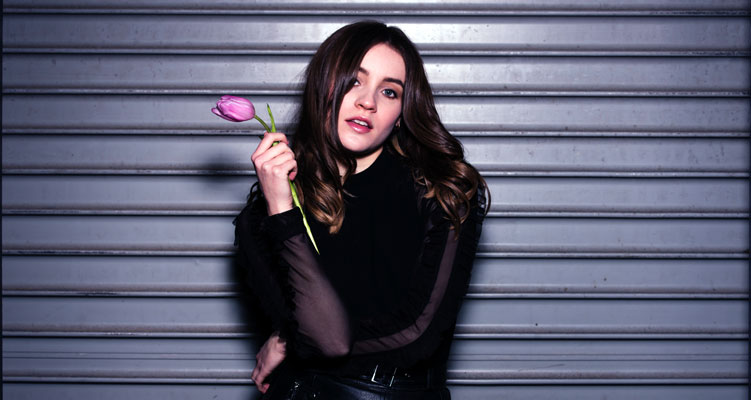 My first thoughts when it comes to Jerry Williams and her music is infectiously fun, vibrant, nostalgic and extremely talented. Her voice, music and style remind me of simpler times, fun times, good times. This young Briton has accomplished what s many take years to achieve, she has carved her niche and from here on can only rise as a star. Her songs so fresh and catchy that they strike a chord with you from the very first note. My favourites are “I’m Not in Love With You” and “Mother.”

Jerry Williams is a 21-year-old Indie pop singer songwriter from Portsmouth who draws her inspiration from her life growing up and the lives of others around her. To date Jerry has released 3 EPS, the 3rd ‘LET’S JUST FORGET IT’ was the winner of Best Produced Release of 2016 at the Unsigned Music Awards and has support from the likes of Radio 1’s Adelle Roberts, Huw Stephens, BBC Introducing locally and Nationally, KCRW, Amazing Radio and performed live sessions for BBC Introducing Solent and VEVO DSCVR. Online, press, and TV supporters include Wonderland Magazine, The Guardian, The 405, Clash, Fresh on the Net, Sunday Brunch, Made In Chelsea, MTV Scream and Drifters.

Jerry started writing music from the age of 12 whilst studying classical guitar in which she got to Grade 8 standard and played her first ever gig at 17 at the Eastney Cellars. Since then Jerry has supported sold out tours with Nathan Sykes, Vanessa Carlton, played at BST Hyde Park and played Various Stages at Victorious Festival. Jerry co-produces all her own material with long-time collaborator Dan Brown and has been lucky enough to work with Dan Carey (Kate Tempest, Miles Kane, Nick Mulvey) Nick Atkinson (Gabrielle Aplin), Jim Duguid (Paulo Nutini) and Slow Club who are one of her biggest musical inspirations

Jerry, who is self-releasing on her own label Sunglasses Records  has Global Spotify support, Streams now at 6 Million and Vevo Videos views now at 600K. Jerry has been selected by The Box, 4 Music as one of their 4 artists to watch this year alongside Major label signed Declan McKenna, Fatherson and Tom Grennan, an amazing achievement. BT TV have also declared her as One to watch alongside Rag N Bone man and Issac Gracie. 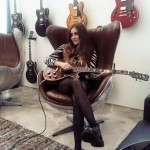 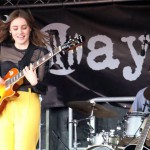 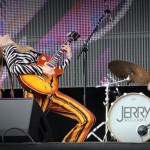 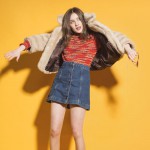 Jerry Williams has revealed the video for her brand-new track ‘I’m Not In Love With You’, taken from her latest EP Let’s Just Forget It, which is out now.

Jerry says of both the song and the video, “I’m Not In Love With You’ is about falling completely out of ‘love’ with someone and realising you weren’t a match made in heaven. The video shows this in a house party setting, similar to the night it was written about, where we’re having a good time with friends and sharing mutual feelings of not seeing each other that way anymore.”

As well as performing at BST Hyde Park with Take That last summer, and support slots with LANY, Barnes Courtney, MAGIC & Nathan Sykes, Jerry embarked on her first ever headline tour, which included sold-out shows in both London & Portsmouth. She also recently a session for VEVO DSCVR, which has already surpassed 100,000 views. 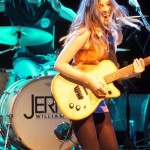 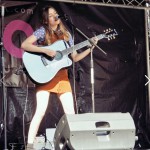 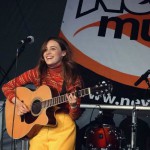 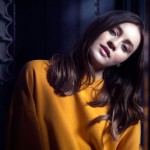 “The Portsmouth teen is dedicated to perfection and she’s close to the mark. This isn’t just another instance of overblown bubble-gum pop, Jerry Williams is the music-fan’s pop star.” – Gigwise

“There’s a sweetness to her delivery that belies that often-personal nature of her lyrics, a song writing style that cuts a little deeper.” – Clash

“Adroitly executed by a young woman who ‘would happily write songs all day, everyday, forever’. No complaints here if they’re all of this standard.” – The Guardian

“…a carefully-crafted, expertly-produced expression of emotion – something that Jerry Williams has perfected the art of” – Wonderland