Michael Baker – For the Thinkers 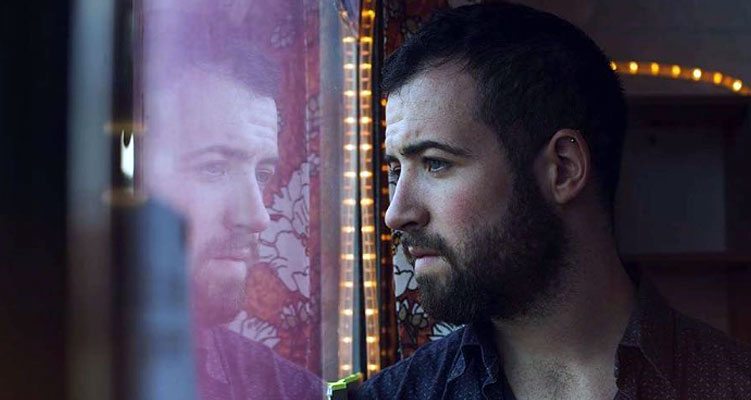 Thoughtful, compelling, deep – there are not enough words to describe the music of Michael Baker. Listening to “Revolving Doors” brought me to a place of deep reflection, so much so that I had to listen to it a few times. In a time when music is being churned out every single day it is refreshing to find an artist that will stand the test of time and whose music will be spoken about in decades to come.

The video for “Revolving Doors” (filmed at the beautiful Duke of York’s Picture House Brighton) is a surreal and stylised take on the concept of someone’s life flashing before their eyes in their final moments. Through the captivating solo performance of actress Kara Lily Hayworth (The Huntsman: Winter’s War) we’re taken on a journey through her emotions as she watches her life unfold in a cinema setting. Her eventual understanding that she’s in limbo is incredibly moving; the realization dawning when she witnesses the man she loves hold her hand as she passes away.

It is a unique tale that is influenced by the themes of life’s struggles portrayed throughout “Revolving Doors,” and ultimately captures the underlying notion of love and how it seems to always return, even through pain.

Dust & Bone, the debut album from Anglo-French singer/songwriter, Michael Baker,follows the critically acclaimed EPs Keys To The Kingdom and Caroline and features Singles “The Steady & The Stuck,” “Anywhere Anytime Soon” and “Revolving Doors.”

Co-written, produced and mixed with a variety of well-respected names, including Dan Brown (Massive Attack), Jim Lowe (Stereophonics, The Charlatans, Herbie Hancock) Peter Vettese (Carly Simon, Simple Minds) and Ben Christophers (Bat For Lashes, Guy Garvey), Dust & Bone has been two years in the making with the ever prolific Michael whittling down over fifty songs to the very best ten, all tracks that ooze class from the first second.

“The simplest of things can be most effective. Michael’s music is sparse, skeletal yet often deeply moving” – Clash

“A contender for any “Album Of The Year” award you care to mention.“Fatea mag

“If you are a fan of Bon Iveror Ben Howard, you’ll love Michael Bakers Album“HitTheFLoor

“Gorgeous, soothing singer-songwriter folk that would give Ben Howard a run for his money” –Tom Robinson (Fresh On The Net)

“Michael was phenomenal, really blew us away“ – Adam MaestroHead of Booking Sofar Sounds

“It’s an absolute belter, one Bon Iver would be proud of“. Fresh On the Net 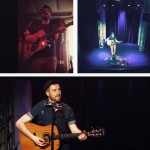 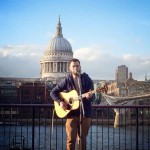 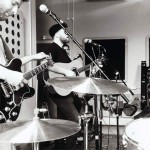 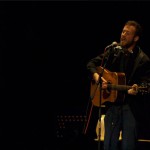 Michael is a 28 yr old singer-songwriter from the south of England, half French (mother’s side) in his formative years he spent 6 months of each year in the beautiful French Alps (Saint Gervais) where he first honed his writing skills.

At 18 he traveled around France and the rest of Europe busking for the first time on the streets to make his way from one place to the next living out of a tent. It was his first experience of playing his own music to a crowd of people and getting money from his art. When he came back to England he says he knew writing & performing music was something he had to pursue. Michael applied and was accepted to study his craft at world renowned ACM in Guildford. Over the next few years Michael played and wrote in various bands. In-between all this he was always writing music for his solo project without thinking about ever putting it out. As the bands faded and split up he was left with wondering what to do next.

Michael took to the streets, busking again & began to play his new own solo music to strangers, a great way to get feedback and trial sings to the public he recounts. He then saved up money from busking and with the help of long-time friends created his first solo E.P. ‘Keys to the Kingdom’ followed up with the raw live Caroline’ E.P. ‘ at the same time he decided to live in his van & give it everything he had. Michael traveled wrote and went to record his debut album whilst also working part time in various cafes & taking any job he could to save up money to make this album; including being a van for hire man, jobs included, rubbish collection and home removals, anything to earn money to survive.