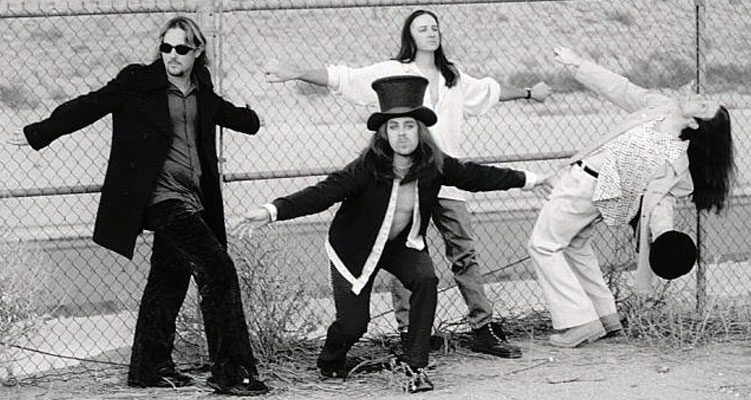 Paper Mache Kisses (PMK) was one of those bands whose genre I am not a big fan of. I say “was” because after listening to “Little Black Dress” and the catchy melody and guitar riffs I am so on board with them. The lead singer, Valentine Mache, enters this song with this voice that you can hear can reach epic ranges when belted out but he just seems to hold back enough to complement the awesome guitar riffs. This, to me, shows a mature singer who knows how much to give and how much to hold back. PMK understand that a song isn’t just about one instrument or voice. They know that ability to blend every riff, every chord with the singer’s voice does so much to enhance a song and makes their creation so unique and so memorable.

I must admit that I have become a fan and I know that they will reach stardom by just doing what they do so well.

Formed in 2015 by Valentine Mache, Paper Mache Kisses (PMK) is an electronic, pop, dance, gothic, rock band from Los Angeles, CA. PMK has an amazing live show and has toured internationally since 2015. They are the hardest working band in the world.

They have recorded six studio albums, three EPs and one live album (all yet unreleased). Feb 14th, 2017 (appropriately Valentine’s Day), was the release date of their first studio album for sale, “WATCH HER DANCE.”
They have, in their short existence, more than 80,000 plays on Soundcloud – mostly, in just the last four months –as a promotion for this new release. Their first hit single, “SHE USES ME FOR SEX” has been #1 on the MUSOLIST RADIO top 40 list for weeks in February 2017.

PMK receives lots of airplay on London-based RADIO BEACON ONLINE – expanding its European exposure.
PMK has collaborations with master remix artists, THE ARKESTAR and QUIVER – both from London. There will be a remix CD available soon from QUIVER. The PMK song, “BLANK PHOTOGRAPHS” QUIVER-PMK remix has become a fan favorite in the London club scene. Look for it and other QUIVER-PMK and THE ARKESTAR-PMK remixes on iTunes and CD Baby.