You have got to listen to Jesse Ritch. His songs are catchy, vibey and infectious. They just make you want to get out on the dance floor and move. I dare you to listen to him and stop yourself from tapping your feet or bobbing your head. His voice is clean, clear and hits the right notes every time. I really wish I could see him perform live. It just goes to show what gems you can find out there if you just look outside of the mainstream.

Since his birth on 19 February 1992 music has been a constant companion to Jesse Ritch. His father, who originates from Africa, was a successful singer in a band. Jesse followed in his father’s footsteps and at 6 years old he impressed with a spontaneous performance at a company event in his home country of Switzerland.

As Jesse grew up music became more and more important in his life. At the age of 10 he was the youngest participant in a talent show in Switzerland. He won both the jury and the audience prize. Around this time Jesse started to write his own songs and continually integrated these compositions into his performances. To present himself to a wider audience, Jesse applied for several German TV formats and in 2012 he reached third place in Germany’s biggest casting show “Germany seeks the Superstar.” For the Swiss artist, this milestone opened the doors to the international scene. He immediately began to work together with the Swiss/Swedish top producer duo Thomas J. Gyger and Fredrik Strömberg from H2U Studios. Gyger Strömberg were producers for Gölä and Musical Directors for DJ BoBo, two artists who had already have achieved major successes internationally.

Jesse released his first album, a mixture of Dance, R’n’B and Pop, in February 2013 and it entered the Swiss charts at number 43. Shortly after, he did much better by releasing his live album “The Acoustic Album” in October 2013. The result was a repeated entry into the charts and 80 hugely successful acoustic concerts together with the pianist Phil Dankner and percussionist Bruno Sieber. Jesse finally earned the reward for his tireless work in 2014. At the end of April, the young singer released his album “GROOVE,” the third album in only 15 months. After just one month, it became the best selling album of the 22 year old’s career to date. 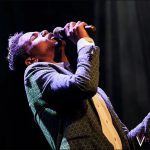 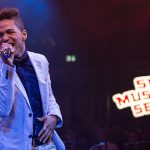 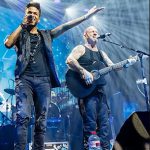 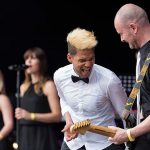 DJ BoBo, one of Switerland’s most successful pop stars, became aware of the young soul singer and was convinced of Jesse’s qualities as a performer and composer. The King of Dance integrated Jesse in his “Circus” show and he also engaged him for his anniversary tour “Mystorial” in 2017. In addition to his dedication as second lead singer, Jesse was able to present his own songs to over 200 000 people as “Supporting Act” on DJ BoBo’s European tour. Another highlight was the “Seat Music Session 2014” where Jesse toured Switzerland with artists such as Marc Broussard, Cleo Higgins and Ritschi. There were several concerts with his band in Germany and Switzerland.

In 2016, started working on future projects and a new album. With DJ BoBo and Gölä, Jesse Ritch is supporting the two most successful Swiss musicians on their respective tours in 2017. In autumn of 2017, Jesse’s fourth album “Secret of Life” will be released.